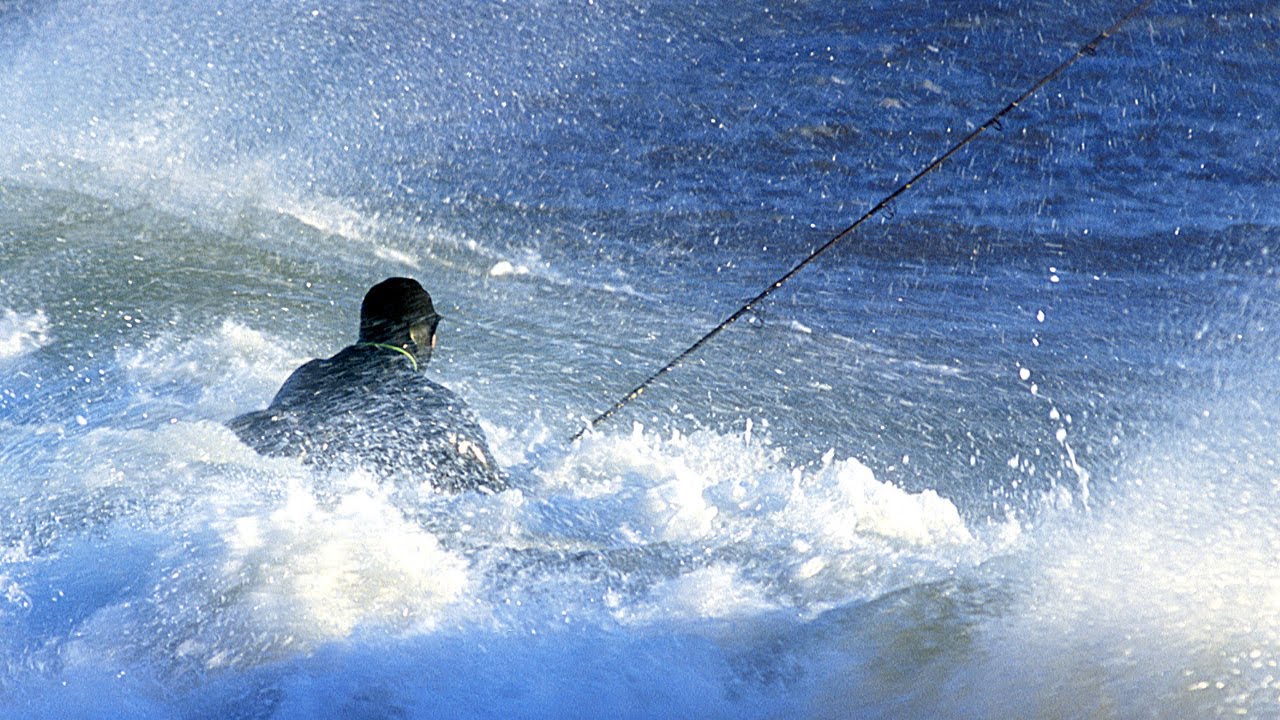 Completed in 2012 and initially released on DVD, this is the full 80 minute feature documentary film, “Montauk Rocks”. A film chronicling the antics and aspirations of some of the toughest, most driven (some may say deranged) fishermen on the planet. Filmed during the 2009, 2010 and 2011 Striped Bass fall runs at Montauk Point, this film catches one of the last great marine migrations, as it collides with a migration of fishermen on the rocks of New York’s “East End”.

Here’s what the reviewers have to say about “Montauk Rocks”.

“Montauk Rocks is an artful and masterfully filmed documentary about one of the most iconic fishing towns in America. Whether you are an angler, a traveler or someone interested in the heritage of a great American seaside village you need to watch this creative and engaging film. Richard Siberry has hit a grand slam home run with Montauk Rocks. You will want to view this captivating film over and over again. It is that good. Bravissimo!”
Angelo Peluso
Noted angler, outdoors journalist and book author

“For decades professional film makers and television producers, from Van Campen Heilner to Jose Wejebe, have tried to capture the action, the culture and the aura of surfcasting in Montauk. But nobody has managed to do it as comprehensively or with such insight as Rich Siberry has done with “Montauk Rocks”.”
Michael Wright, The East Hampton Press

“Montauk Rocks” is everything you’d ever want in a film: It informs, entertains and even breaks your heart. And if, after watching it, you do not have the sudden urge to drive straight to Montauk to fish, you do not have a pulse.”
Monte Burke, staff writer, Forbes magazine, and author of “4th And Goal” and “Sowbelly.”

To many, the east end of New Yorks’ Long Island is simply the legendary summer home of the worlds’ elite, and those who aspire to be. As summer draws to a close however, and both the leaves and the mercury start to fall, those who came east to be seen are replaced by the legions who come to disappear into the night, and into the rocks, in pursuit of a trophy striped bass, and an even bigger fish tale. Richard Siberry’s directorial debut, “Montauk Rocks” is a wild ride, an immersive experience, without getting wet, in Montauk’s legendary fall run fishery.

Montauk surfcasters come from all walks of life, all occupations and all social classes. From past to present, the unique personalities who helped Montauk become, and remain, the undisputed “Surfcasting Capital of the World” give insight into what makes Montauk such a special place. Showing little respect for no parking or private property signs, Montauk’s surf fishermen pursue their sport regardless of the changes taking place around them.

With the advent of the information age, competition for space on Montauks prime rocks rocks has increased, leading some anglers to don wetsuits and swim to offshore rocks where they can escape the competition. An elite (some say deranged) few have abandoned their stony perches altogether and simply drift along in the currents, several hundred yards off shore, in a practice known as skishing. Protected only by their wetsuits, and oftentimes in the dead of night, they float along, dragging their bait, in the place that produced the largest great white shark ever caught.
Montauk Rocks will take its viewers on an unforgettable journey with their own neighbors. A fringe society, which exists right in our midst, yet whose motivations, inspirations and adventures, are completely unknown to the majority of society. This is not your granddaddy’s fishing. No heading down to the pond chasing bluegills and tommy cods. Fall surf fishing in Montauk bears little relation most people’s concept of ‘recreational fishing’. For some it’s a one-time deal, for others, it’s not only the fish that get hooked
Including a 5.1 surround sound audio track, featuring an original score by composer Jay Lifton, and music from Ireland’s The Hot Sprockets, and blues legends Bob Corritore and Henry Gray, Montauk Rocks is more than just a fishing movie. Shot entirely on location in Montauk and New York City, Montauk Rocks speaks to the adventurer in all of us, and lets us know that the greatest adventures can sometimes be found right in our own back yard.