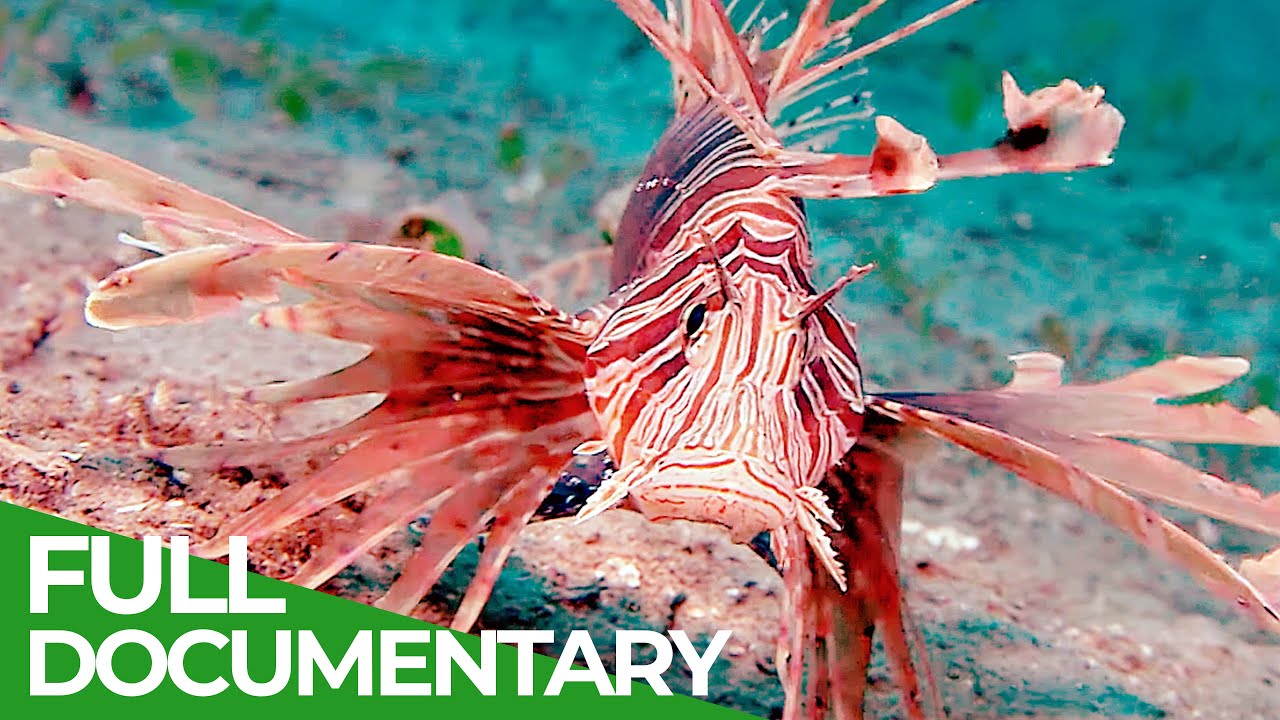 Ads by Amazon
Share on Facebook
Share on Twitter
Share on Pinterest
Share on LinkedIn
Blue Realm – Episode 5: Toxic Invaders
They’re beautiful – and deadly, with venomous spines that resemble a lion’s mane. They’re lionfish, a tropical reef species normally found in the Indo-Pacific. Now, they’re wreaking havoc in the Caribbean and Atlantic – all thought to have descended from a handful of aquarium fish carelessly released into the sea. In these regions, they are potentially a greater threat to coral reefs and commercial fish populations than global warming or pollution.
Prolific breeders and aggressive predators, they quickly spread – wiping out native species at an alarming rate. Most fish aren’t afraid of them because they’ve never encountered lionfish in the past. Eradication programs are in place, but they are barely making a dent in a booming population. Handling the prickly invaders can be a daunting task. A lionfish envenomation is one of the most painful wounds in nature. In the Florida Keys, some practical and novel approaches are making progress in the fight against these Toxic Invaders.

Free Documentary is dedicated to bring high-class documentaries to you on youtube for free. With the latest camera equipment used by well-known filmmakers working for famous production studios. You will see fascinating shots from the deep seas and up in the air, capturing great stories and pictures from everything our beautiful and interesting planet has to offer.