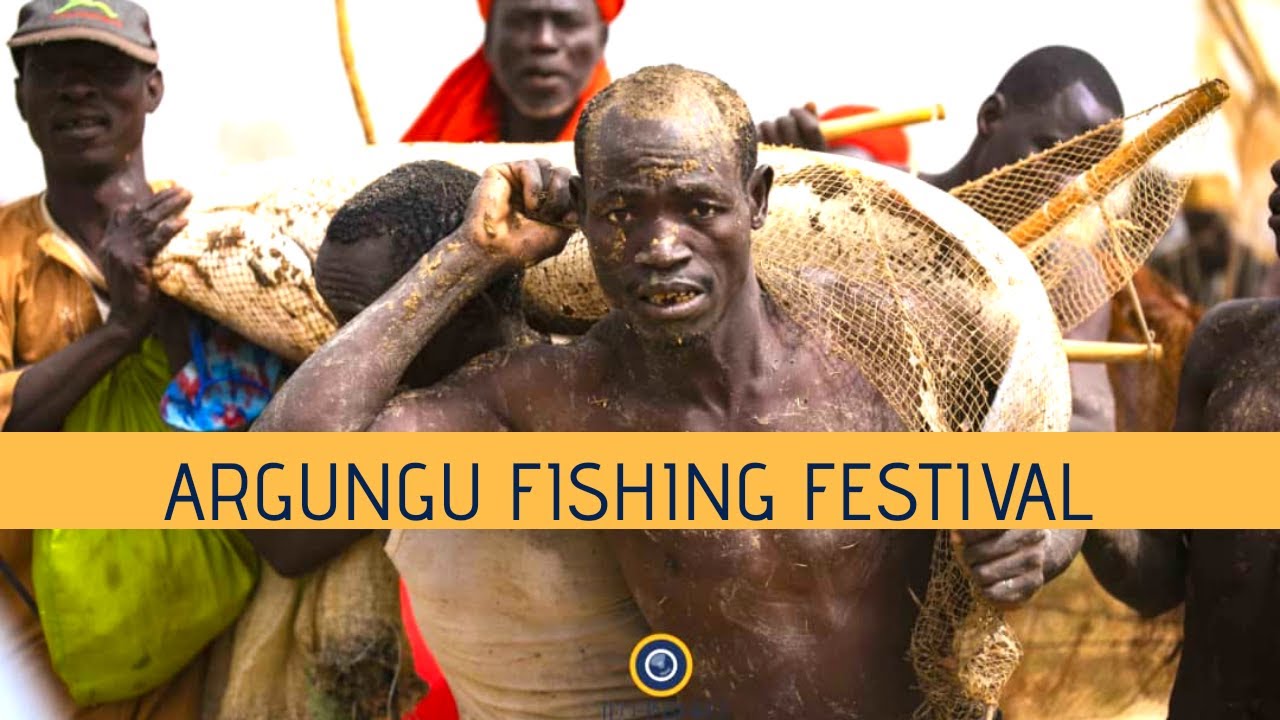 #Argungu #fishing #festival is one of the oldest traditional festivals in #Nigeria and was first celebrated in the 16th century. The fishing festival started out first as a form of religious ritual considered to be an informal event for families and communities. However, it went through various forms of modifications and changes over the years. During the festival, important rituals are performed related to the water for fishing (Gyaran Ruwa and Fashin Ruwa); while the others were linked with the land (Gyaran Gari and Shan Kabewa and Fura).

Argungu is a city in #Kebbi State in the northern part of Nigeria, with an estimated population of over 47, 064. The city is the seat of the Argungu Emirate, a traditional state. Argungu is also a major #agricultural centre, with key crops including tobacco, peanuts, rice, millet, wheat, and sorghum. The geophysical feature is characterized by rivers (Matan Fada, Mala, Gamji), irrigation, and orchards (lambu in Hausa) with majority of the people as #fishermen and #farmers.

The International Festival is an annual four day event in the State of Kebbi, in the North-Western part of #Nigeria held around February and March. The fishing competition is the highlight of the festival; fishermen jump into Matan Fada River and have an hour to scoop the biggest catch for a big cash prize. It is considered a contributor to the participant’s sense of identity and is also used as a means of maintaining peace between the Argungu and neighbouring #Sokoto communities who enjoy shared cultural practices.
#Documentary #photographer, Oghenefego Ofili attested to this by saying “It was a special scenario to witness both young and old prepare for and participate in the fishing competition. I saw young men in their teens and men with grey hair all hopeful to win the prize of catching the biggest fish. It was much more than the cash prize; it was a thing to brag about. In fact, from my interaction with them, I sensed it was much more about the honour to have participated in the competition.”

The festival also marks the end of the growing season and the beginning of harvest. The occasion showcases the basic traditions of the Kebbawa and the neighbouring communities receive wide publicity and global exhibition. Other aspects of the culture of the people of Argungu, notably dress priorities, diet preferences, #dance, praise-songs and #music, pastimes like wrestling and boxing, and even courting behaviour are invariably revealed during the Festival season. The night showcases events such as dancing, singing, drama presentations, and acrobatic display and so on.

On the day of the fishing #competition, which is the last day of the festival, over 5000 fishermen and women gather close to the river and at the sound of a gunshot, rush to be the first to dive into the river or at least get a good spot in the river. “As they ran towards the river, they made some traditional sounds of celebration. You could see the dust rising from a distance as these fishermen raced towards Matan Fada. I was even warned to shield myself and my equipment to avoid being stampeded during the rush” Oghenefego shared.
The fishing equipment used is the traditional nets and gourds made of the calabash. They are joined by canoes filled with drummers, including men rattling huge seed-filled gourds to drive the fish to shallow waters. Vast nets are cast and shoals of fish are harvested from the giant Nile Perch to the peculiar Balloon Fish. The person who scoops the largest fish is awarded prize money of $7000 or $8000 dollars.

This is a link to the articles https://inspironews.com/the-argungu-fishing-festival-story-through-the-eyes-of-a-photographer/